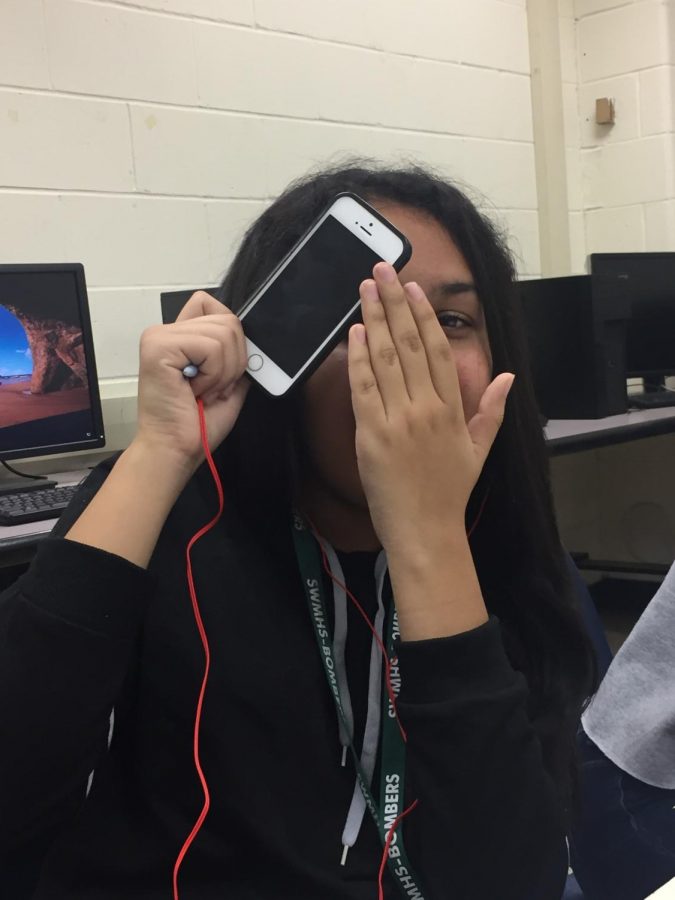 “Dear Students, we know when you’re texting in class.

Seriously! No one stares down at their crotch and smiles.

Welcome to the first edition of “Real Talk”.  This month’s topic is Heart of Phone. Students were asked about their hobbies and what made them happy. This survey was conducted with around 50 plus students and teachers ranging from the ages 5 to 50 and over.

It’s those pesky phones! A common belief now is that kids’ lives revolve around their phones – 100% of adults interviewed for this article seem to agree – and I am here to crack the case.

Indulging in technology is something that almost everyone considers a hobby now. Right? Well according to data collected, only 50% of students who were asked about what they do in their free time mentioned using anything electronic (this accounts for gadgets that aren’t phones as well). Although we see peers and adults using their phones on a day to day basis, only this percentage (50%) acknowledged the fact that they use their phones to aid their hobbies.

According to Merriam-Webster, hobbies are activities which are engaged in for relaxation, but only one individual who leisurely uses their phone as a hobby mentioned that it made them happy. So why?

It is assumed that teens and kids are becoming addicted to phones, but the facts go to show that they may be more addicted to their friends. 67% of participants from ages 5-16 stated that they use their phones to talk to and text friends (does not include social media). Due to dangers of today’s society, fears include: child abductions and mass shootings, which have led parents to become more strict with their children.

In addition to this, communication may not be the only thing that keeps kids glued to their devices.  The reality is here, student’s cellphones pose a distraction from homework, school, and responsibilities. This leads up to next month’s article, so keep on reading.

As this edition of Real Talk signs off, there is a message to youth who feel this way. It is not bad to use your cellphones, but always remember there are people who stand beside you in real life as well.

Stay tuned for next month’s article: Under Pressure, which talks about pressure on students, and also how the finger of blame is pointed at the family.